Residents are delighted with the look of their inspirational new garden at Mill Green in Rugby, which has been transformed thanks to a £10,000 grant from a national supermarket.

Last year, people living at the home - which is situated on Newbold Road in Newbold-on-Avon and provides long and short-term care for people with physical disabilities or long-term conditions - announced they'd been awarded the money from Tesco's Bags of Help initiative.

Millions of shoppers voted in stores across the country last November, with residents at Mill Green receiving £10,000 to put towards a new garden including a sensory area, improved wheelchair access, and water features.

54-year-old Mick Clarke, who lives at Mill Green, said: 'It's been fantastic being involved with the development of our new garden at Mill Green and we're delighted that everyone's hard work has created such a beautiful space.

'I'm a keen gardener, so I'm really looking forward to spending more time outside, particularly tending to the flowers and vegetables I've planted - whatever the weather.'

Lynn Randall, Home Manager at Mill Green, said: 'While the old space was welcoming for residents, staff, and visitors, it needed updating to ensure it can cater for people's changing needs - and the transformation is already proving popular.

'We'd like to say a big thank you to Tesco and its customers in Rugby, volunteers from Network Rail, and to numerous local companies who've also given their time to develop an outdoor space that everyone can enjoy.'

Mill Green's new garden is just one of the ways residents living in WCS Care homes can enjoy time outdoors, as the charity aims to encourage people to spend at least 90 minutes outside every week, which can have a number of benefits linked to health and wellbeing. 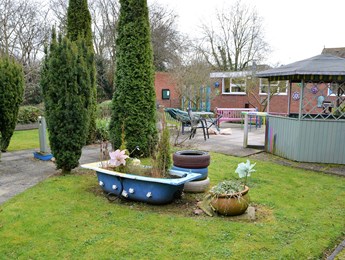 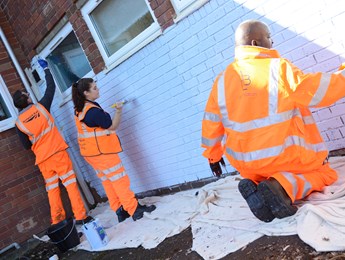 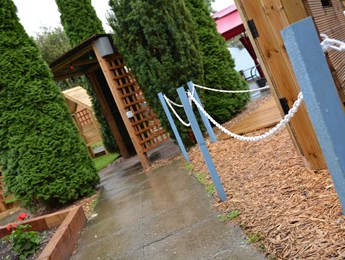